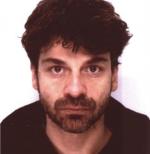 Alessandro Armando, architect and PhD, is Associate Professor at the Department of Architectural and Design (DAD) of the Politecnico di Torino since 2011, where he teaches Architectural and Urban Design. He was also the Coordinator of the Msc Degree Programme “Architecture Construction City” (2018-2021) and since 2016 he has been a member of the Board of the Doctoral programme DASP (“Architecture. History and Project”) at the same Politecnico, and member of the Doctoral Studies in “Architecture and Urban Design”, at the Faculty of Architecture, University “Ss. Cyril and Methodius” in Skopje (UKIM). His current research activity focuses mainly on the theory of architectural design, especially on professional practice and the diagrammatic innovation of design. He is founder and member of the editorial board of “Ardeth” (Architectural Design Theory) magazine; he is member of the advisory board of the series “Architecture” for the publisher Manifestolibri; member of the scientific committee of SCIENZA NUOVA - Italian Institute for Advanced Studies in Torino "Umberto Eco". He was guest editor of “Rivista di Estetica”, 2, 2019 (The Sciences of Future). He has been a lecturer in many national and international universities and institutions (Genoa, Rome, Milan, Venice, Skopje, Zagreb, Lisbon, Kanazawa, Shenzhen, Philadelphia, Guangzhou, Berlin, Beirut, Belgrade, Stockholm, Manchester, Rijeka, Dubrovnik). He has been visiting scholar at the Collège des Humanités at EPFL-Lausanne (February-June 2017).

In his professional practice as an architect, he is a partner of the DAR Architettura office (https://www.dar-architettura.com/), with M. Di Robilant and G. Durbiano since 2013. Among his works, the renewal of an 1808 private house in Cambridge MA (Boston) was published on “Domus” and “Architectural Review”. Between 2005 and 2014 he worked as a consultant for the Urban Center Metropolitano (UCM) in Turin, following public processes and projects, working with the City Planning Department on urban design and planning, public communication, and information about the urban transformation.